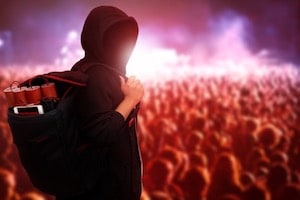 Being accused of any involvement in terrorism or terrorist attacks is an extremely serious offense in the United States. Because fear or terrorism is so high, anyone accused of the crime is going to have a difficult time dealing with law enforcement and getting a fair trial. If you are facing terrorism charges call Kroger Law Group at (323) 655-5700.

After September 11, 2001 our terrorism laws changed and more resources were given to Federal agencies to prosecute terrorism. Acts of terrorism typically result in federal crime charges. Federal Laws regarding terrorism can be found in 18 U.S. Code Chapter 113B .

Terrorism charges can be divided into:

Terrorism acts can be: kidnapping of a government official, bombing of a public place, using nuclear or biological weapons, providing support to terrorist organizations, destroying an aircraft, using explosives, or assassinating a government employee.

Anyone who is found aiding and abetting the perpetrator of a terrorist act can also be charged for that same crime. A federal conviction for the crime of terrorism is very serious and could mean a life prison sentence and in certain cases also the death penalty.

Most charges of terrorism result in federal criminal charges. The charges depend on the situation as well as the result of the terrorist actions. However, California legislature does have its own terrorism laws. California Penal Code Section 11415 , known as the "Hertzberg-Alarcon California Prevention of Terrorism Act"defines the threat of terrorism as involving weapons of mass destruction such as nuclear, chemical, or biological.

The penalties for possessing and using weapons of mass destruction include:

When someone is charged with the crime of terrorism, authorities pursue these charges very aggressively. At Kroger Law Group all our clients are innocent until proven guilty. Just because somebody is accused of an act of terrorism does not mean they are guilty. There are cases of mistaken identity or a false accusation. The bottom line is, it is possible to defend charges of terrorism. We can fight these charges on your behalf and do our best to get them dismissed. Cases involving terrorism can be highly complex, which is why it's important to have an experienced attorney on your side. Call our office at (323) 655-5700 to schedule a free consultation.