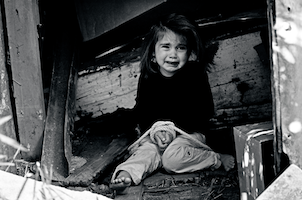 There are very few felonies considered to be more heinous in the United States than that of torture. Torture involves injuring someone with the intent to cause them great pain. If convicted of this felony, you will not be facing a set amount of years; instead you will most likely spend the rest of your life in prison, as most convictions of torture carry a life sentence. Due to the severity of the punishment, it’s in your best interest to consult with an experienced criminal defense attorney right away if you’ve been accused of torture. It’s imperative that you speak with an attorney before you confess anything to the police, as this could mean the difference between freedom and a lifetime behind bars. If you or someone you love have been charged with the crime of torture, call the Law Offices of William Kroger today at 323-655-5700 to schedule a free consultation.

What Is Defined As Torture Under California Law?

The crime of torture is defined under California Penal Code 206 as, “Every person who, with the intent to cause cruel or extreme pain and suffering for the purpose of revenge, extortion, persuasion, or for any sadistic purpose, inflicts great bodily injury as defined in Section 12022.7 upon the person of another, is guilty of torture.”

Acting with sadistic purpose, means that you inflicted pain on someone else in order to experience pleasure. In order to be convicted of torture, there has to be motive behind your actions, such as revenge or trying to gain something. But keep in mind that prosecution does not have to prove you actually inflicted the torture, only that you intended to do so.

Motivation is the defining factor that differentiates the crime of torture from a crime like aggravated battery—an offense which also involves great bodily injury, but which carries a far more lenient sentence. Being motivated by revenge or sadistic purpose raises the level of the crime.

To show that a crime of torture has been committed, the prosecutor has to prove the following:

Great bodily injury means the injury was more than just a minor scratch or bruise. Because the definition of torture contains the phrase “great bodily injury” some people only associate it with horrific physical injuries, like cutting or burning someone’s skin. But torture does not need to leave physical markings in order to be considered torture. For example, purposely starving an elderly person in your care for a prolonged period of time can fall under “great bodily injury” and thus be charged as a crime of torture.

The Case of Gabriel Fernandez

A recent shocking example of a crime involving torture is the local case of 8-year-old Gabriel Fernandez, a boy who was tortured to death by his mother and her boyfriend at their Palmdale home. The child had been kept in a small cupboard for hours at a time, forced to consume cat litter, shot with a BB gun to the face, burned with cigarettes, had his teeth knocked out with a baseball bat, was punished with pepper spray, subjected to cold showers, and took regular beatings, which ultimately resulted in his untimely death. When he was finally taken to the hospital, he had broken ribs, a fractured skull, burned skin, missing teeth and BB pellets in his skin. The boy’s mother, Pearl Fernandez, pleaded guilty to first-degree murder in order to avoid a trial and the death penalty, and was sentenced to life in prison for the torture killing of her son. Her boyfriend, Isauro Aguirre, was sentenced to death.

Penalties for Torture in California

The crime of torture is punishable by a sentence of life in prison, and counts as a “strike” under California’s Three Strikes Law. If the torture leads to death, such as in the case of Gabriel Fernandez, you may be charged with first-degree murder and face life in prison without the possibility of parole, or the death penalty.

An experienced attorney can fight the charge of torture in a multitude of ways. In order to show that a crime of torture has been committed, the prosecution has to prove that you were motivated by revenge, extortion, persuasion or a sadistic purpose—all of these elements are rather difficult to prove in a court of law. If there was no intent, you cannot be charged with torture, no matter how bad the injuries might be.

It’s also possible that you acted out of self-defense, and that you had to inflict the great bodily harm in order to protect yourself. Or perhaps you were falsely accused by someone who is acting out of anger or revenge. Whatever the case, the help of a criminal attorney is indispensible during this time.

If you or someone you love have been arrested on the charge of torture, you should hire an experienced criminal attorney before speaking with the police. If you are convicted of this crime, you will most likely spend the rest of your life in prison, so it’s important that you get the best possible defense to avoid that outcome. Torture can be difficult to prove, unless you tell the police that you were motivated by revenge, extortion, persuasion or a sadistic purpose, in which case it will be much harder to help you. Call our office today at 323-655-5700 to schedule a free consultation.