Home
Criminal Defense
Other Crimes
Accomplice Fugitive and The Law

Accomplice Fugitive and The Law

Accomplice Fugitive What it Really Means 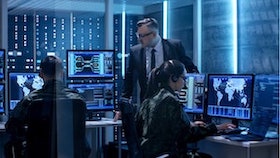 The idea behind being an accomplice fugitive is tied to laws pertaining to aiding and abetting. It means that you aren’t necessarily directly involved with a crime, however, you have assisted someone that has committed an act defined by law as a crime.

In a court case such as this, there are two primary defendants:

A few examples of what might be considered aiding, abetting, and acting as an accessory would be:

How Being an Accomplice is Proven

The process of applying these charges to someone involves proving specific legal implications. In order to charge someone with these offenses the prosecution needs to prove:

Before the FactAfter the FactLegal Consequences of Acting as an Accomplice

To highlight a specific legal consequence for the act of acting as an accomplice has a wide array of possibilities. It comes down to the act that is being committed. If it is a lesser offense it could fall within the realm of a misdemeanor, however, it could carry the weight of being a felony charge.

With this in mind, the penalty that is applied to the principal perpetrator can also be applied to the accomplice involved. This creates all the more urgency to make sure that you have proper representation in the event you fall into these circumstances.

Being charged as an accomplice in any kind of crime can turn someone’s world upside down. Someone could unintentionally have aided someone committing a crime and find themselves under these charges, and without the proper legal guidance can find themselves under an incredible stir of consequences. The right defense attorney can help navigate these legal circumstances, tell your story, and preserve your life.

William Kroger is a defense attorney that has put more than 20 years honing his practice and helping keep his client’s rights as a central focus. Legal proceedings can be a discouraging and dark place, but with effective counsel, you can regain control of your circumstances and find a better tomorrow.

Allow the opportunity to improve your situation by contacting William Kroger today. You can contact his office at (323) 655-5700 or online by clicking here.

Initial consultations are free of charge.