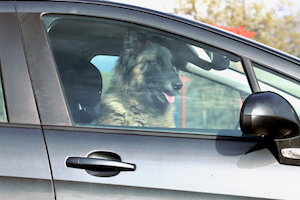 Animal abuse is outlawed in every state, but the laws for this crime are distinctly severe in the state of California, which is very proactive in its protection of animal rights. Our state has extensive animal cruelty laws that cover a myriad of situations. If you are convicted of animal cruelty, you may be facing imprisonment. If you or someone you know have been accused of cruelty to animals, contact the Law Offices of William Kroger at (323) 655-5700 to schedule a free consultation.

If you think that a criminal case involving animals is not all that serious, and that the worst result might be a monetary fine, think again. When a jury is shown graphic pictures of animal abuse, especially the type that involves domestic animals like dogs or cats, they react with a lot of emotion. Because animals are considered as helpless, similarly to small children, violence against them is regarded as especially heinous. That’s why a judge will have no problem sentencing an animal abuser to time in prison.

California is chock-full of animal rights organizations who have animal abuse hotlines that report any incident they deem as animal cruelty to the authorities. Veterinarians are also expected to report any suspected animal abuse they come across. This much vigilance can often lean to erroneous reporting, and end with innocent people getting punished.

The main law concerning animal protection can be found in California Penal Code 597, which makes it a crime to mistreat animals. In order to prove an allegation of animal cruelty, the prosecutor must show that you committed one of the following to a living animal:

They also must prove that you acted with malicious intent, meaning you did so intentionally knowing that you were going to injure or kill the animal. For example, if you left your dog inside of a car with closed windows and no water, and the animal died from heat exhaustion, you can be charged with cruelty to animals. In fact, in California, it is legal for bystanders or emergency responders to break into a locked car in order to rescue an animal they believe to be in danger.

Usually animal cruelty crimes can be divided into two categories: intentional or negligent. Holding dogfighting events would be considered intentional, while accidentally leaving a dog without water for a prolonged period of time would be considered negligent. Crimes of intent involve physical abuse. Crimes of neglect involve withholding something, like food or veterinary care.

A common misconception when it comes to animal rights is the belief that only domesticated pets are protected under the law. That could not be further from the truth. Penal Code 597 encompasses all animals for protection: farm, wild, stray and domestic.

Cruelty against animals can be charged as either a misdemeanor or as a felony. A misdemeanor conviction can result in up to 1 year in county jail, and up to $20,000 in fines.

A felony is more rare and typically happens if there is more than one animal involved, such as with a breeder or a puppy mill. A felony conviction on the charge of animal cruelty can result in 3 years in state prison, and up to $20,000 in fines.

For non-residents, a conviction on a charge of animal cruelty can lead to deportation.

Defenses Against Cruelty To Animal Charges

Animal cruelty is not acceptable, but due to the pressure law enforcement experiences from animal activists, a lot of investigations into animal cruelty are rushed and full of errors, and lead to innocent people being punished. Animal rights organizations can be overzealous in their reporting of animal crimes to law enforcement. That’s why at Kroger Law we work hard to untangle the facts and get to the truth of the situation so that we can provide you with the strongest possible defense.

One of the most common defenses to animal cruelty is that the animal in question was attacking you or that you were defending someone who was being attacked. Another common defense is that the evidence against you was obtained in an illegal manner. Whatever the circumstances in your case, our attorneys can help you figure out a path of viable defense so that you can avoid jail or prison time.

Being accused of cruelty to animals in the state of California is a very serious matter. Animal activists put a lot of pressure on law enforcement to ensure that those who are caught abusing animals are severely punished. That’s why if you or someone you love have been accused of cruelty to animals, you should speak with a criminal defense attorney at once. You need someone who can walk you through this process and help you avoid jail or prison time as well as heavy fines. Our attorneys are highly knowledgeable about California animal cruelty laws and are looking forward to helping you. Contact the Law Offices of William Kroger for a free consultation at 323-655-5700.