Did you know that you could be found guilty of possessing drugs or a firearm even if it isn’t actually on your person? Picture this: you’re the passenger in a car with a friend of yours. The police pull the driver over for speeding, and much to your surprise, they search the vehicle and find a firearm under your seat. You’re arrested and charged with illegal possession of a firearm. How is this possible if it wasn’t even your car and you didn’t know it was there? It’s possible because of a legal construct known as constructive possession. It’s crucial to understand what constructive possession is so you can protect yourself and ensure that you don’t find yourself in legal trouble for possessing something that isn’t even yours. 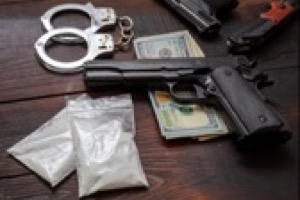 Actual possession is the act of having something on your person. This could be in your pocket, in a backpack you’re carrying, or hidden in a hat. Actual possession generally means you have access to the item and can easily reach it. Constructive possession is the act of possessing something even though you aren’t actually holding it, and it isn’t on your person. You may not have immediate access to it, but legally, you have control over it or have the right to control it. Constructive possession could be something that’s in your car, your house, or even your office at work.

In some cases, you can actually be charged with a crime for possessing something that isn’t even near you. If you hid drugs or a gun in a park, for example, and you’re the only one who knows it’s there and has access to it, there’s a solid argument for constructive possession.

As with any crime, there are strategies for the defense. For constructive possession, there are several, including the following:

One of the defenses to constructive possession is that the item you allegedly possessed isn’t illegal. Perhaps you were arrested for possession of a firearm, but it turns out the item was actually a BB Gun. In this case, this would be a solid defense (though hopefully, once it became evident that the item was only a BB gun, the prosecutor would withdraw the charges).

At first glance, many legally possessed items can appear to be criminal. For example, there was a firearm in your bedroom, but it’s registered to you, and you have a valid license to carry. Or the police find opiates in your car, but they’re in the proper prescription bottle, and they were prescribed to you legally by a doctor.

When you’re accused of constructively possessing an item, it’s much easier to argue that the item isn’t yours than when you’re charged with having an illegal item on your person. If you share a house or car with multiple people, there’s a good argument that the unlawful item wasn’t yours.

In order to be convicted of possession, one of the elements the prosecutor must prove is that you had control over the item or had the right to control it. This doesn’t mean that the item has to be on your person or even in your line of sight. If you share an apartment with someone and they have an illegal item in a safe that you don’t have the key to, you could argue that you didn’t have control over the item. 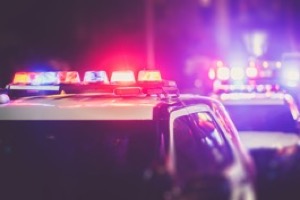 In order to be convicted of constructive possession of an illegal item, you have to actually know that the item exists. It’s not enough for the prosecutor to show that the item was in one of the bedrooms in your house, especially if you rent rooms or share the house with others.

A common defense to constructive possession is that the item was discovered through an illegal search. Perhaps the police didn’t have a warrant, the warrant was defective, or the police illegally stopped a car and then they found the prohibited item. In the event that your defense is that the item was discovered illegally, your attorney would likely file a motion to suppress in an attempt to keep that evidence out of court.

While it may seem unrealistic to expect people to check under the seats before they get in someone else’s car, sometimes this is what you need to do to protect yourself. Additionally, anytime someone enters your car or your house, it’s essential to make sure they don’t leave anything there that you aren’t aware of. Constructive possession leads to the same charges as actual possession, so everyone should take these charges seriously. If you were arrested or believe you will soon be facing criminal charges, Attorney William S. Kroger is here to help. He has been practicing criminal law for decades and will do whatever it takes to defend you and get the best outcome for you that’s possible. He cares about your case as much as you do. Don’t hesitate to reach out for a free, confidential consultation. Set up a meeting by calling 323-655-5700 or by messaging the office today.