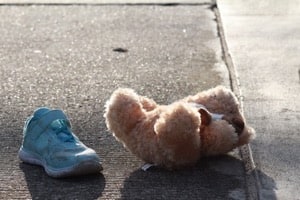 Under California law you are not allowed to take a child—that is any person under the age of 18—away from his/her parent or legal custodian. If you do, you can be accused of child abduction. These cases are prevalent between divorced parties, where one person has custody while the other has visitation rights. They are also common with step-parents or other family members who do not have legal custody rights to the child. If you have been accused of child abduction give the Law Offices of William Kroger a call at (323) 655-5700 so we can help you.

What is Child Abduction?

California Penal Code 278 defines the crime of child abduction as a “person, not having a right to custody, who maliciously takes, entices away, keeps, withholds, or conceals any child with the intent to detain or conceal that child from a lawful custodian.”

In order to prove this crime the prosecutor has to show that you maliciously took the child without having custody, and your intent was to withhold them from their rightful custodian. Maliciously means that your reasoning behind the act was to annoy or hurt the other party (the custodian).

A good example of this crime would be a man who does not have custody of his child, but only visitation rights, picking up the child from school and driving them to stay with him in another city. The man’s ex-wife was not informed about this and does not know where her child is. The man’s reasoning behind it was that he doesn’t like his ex-wife and doesn’t feel like he should have to co-parent with her. This would be a case of child abduction because he was not the lawful custodian and he committed this act with malice.

People are frequently confused by the idea that a parent can be charged with abducting their own child. Doesn’t being the biological parent automatically give you custody rights to your child? The answer is no. Often times a parent may abduct their child because they are afraid of losing their visitation rights or because they are trying to get back at the other parent. Divorces can be complicated and at times feelings of anger are misplaced, and it’s difficult to keep a clear head about what is best for the child. The abducting parent may be scared of the influence the other parent has in their child’s life, or may not like their new boyfriend/girlfriend and feel like their child shouldn’t be exposed to them.

Penalties for Child Abduction in California

There are many different defenses your attorney can use on your behalf if you’ve been charged with child abduction. For example, maybe you had custody of the child therefore you were legally allowed to take them. Or perhaps you were falsely accused of taking the child by the other parent. There are also cases where you didn’t take the child maliciously, but rather had good intentions. This would be in an instance where you thought the child was in immediate physical danger, or could suffer emotional harm, upon returning to their home. The prosecution has to prove every element of this offense, including that you acted out of malice. But your attorney may be able to show that you believed the child would be harmed if returned to their custodian, and therefore you were not acting out of malice but rather out of concern. In these instances you have to report that to the police or Child Protective Services. You can’t simply take the child and then upon being found by the police claim that you thought the child would be harmed.

These cases tend to be very emotional because they usually involve two divorced parents, and because of that false accusations are probable. An experienced attorney can show if you have been falsely accused.

At Kroger Law we understand that child abduction cases are emotionally charged and need to be handled with sensitivity. It’s crucial for us to help you fight these charges so that if you are a parent of the child you do not lose your legal ability to have access to them. It’s important to us that parents can stay in the lives of their children, and we will do everything in our power to ensure that you do not lose your parental rights. If you or a loved one have been arrested in Los Angeles on child abduction charges, call the Law Offices of William Kroger at (323) 655-5700 to schedule a free consultation.