Home
FAQs
What to Avoid if You are Facing a Criminal Charge?

What to Avoid if You are Facing a Criminal Charge? 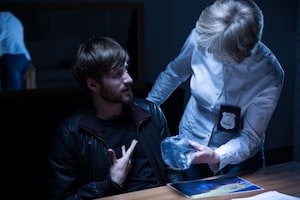 Facing criminal charges can be terrifying and a guilty verdict can change your life in a flash. People accused of crimes tend to make unintentional mistakes that get them in more trouble. Dealing with law enforcement doesn’t come naturally to many people, and because they are trained in how to obtain information from potential crime suspects it is important to understand what you should and should not do if you are accused of a crime. When facing criminal charges it is in your best interest to have a Los Angeles criminal defense lawyer. Contact the Law Offices of William Kroger today at (313)-655-5700 for a free consultation.

Criminal charges can result from seemingly inconsequential actions, such as a minor traffic infraction. People face problems from actions that seem inconsequential, like a minor traffic infraction but those actions can have larger consequences when drugs are involved. For example if you get pulled over for a suspended license but police detect that you have drugs in your car. Any thoughtless action on your part can result in providing the police with probable cause.

With people that are involved in large-scale marijuana groves, it can something as mundane as forgetting to change the filters on the fans, which may alert your neighbors with the smell and have them call the police. Sometimes police can simply drive by a marijuana grove and smell it from outside because the grower forgot to use their ventilation system. This provides the police with probable cause to enter.

Talking to the Police

When dealing with the police you have to keep in mind that they are skilled at asking questions that elicit incriminating answers. Sometimes people tend to say too much when they want to be helpful and tell them their story in order to resolve their situation. The police are very good at making you believe that they're your friends—which they're not. They're there to help and protect and serve, but when they see you as a criminal and breaking the law, it kind of flips a switch in their mind from you being an innocent person to somebody who's guilty.

If the police suspect you have committed a crime, their job is to solidify their case against you. If you are a crime suspect, the police will do whatever they can do to solidify their case and make sure that when they present it to the District Attorney's office. They'll also make sure that there's enough in their report that they can convict you. So, quite often, people talk too much to the police. Almost anytime you talk to the police you tend to say too much. Hence why it’s so important to call a criminal defense lawyer right away.

There are some common misconceptions people have about being arrested for a crime. One of them is the accuracy of Police Reports. Most times the police are really honest and they're going to put everything down in the report. They portray it truly how it happened. But sometimes a client can give a statement and the final report does not reflect what they said. There are times the police base their reports on other reports they've written, and they fill in the blanks. They've got to go down the line and make sure there is probable cause, that there's evidence, and there was a reason to talk to the person, or a reason to stop the person, or if the person allowed them to search the house. There are instances where what the police indicate in the report will be fabricated, and once our clients see the report they can say, “I never saw that. I didn't do that” and we can work with them to rectify the situation.

What To Do If You Are Contacted By The Police

There are times when our clients are involved in scenarios where the police will call and say, “Hey, we're not going to arrest you, but we want you to come in and talk to us?” One instance was horrible because it was a client who had some illegal drugs in their house, and they called the mother and said, “We're going to take your kids, but if you come in and give a statement to Department of Family Services, we're going to let you have your kids back.” She went in to give a statement, and as soon as she walked in the door they put handcuffs on her and arrested her. This is why you should always contact a criminal defense attorney before answering police questions.

If a detective calls you and says, “Hey, we're not going to arrest you we want you to make a statement?” you should call a lawyer right away. When one of our attorneys gets that call what we then do is call the police and say, “Is my client a target? Are you going to arrest them? What do you want to talk to them about? Are you investigating a case? Is he a witness?” We want to get to the bottom of why the police want to speak to our client.

Cooperating With the Police: Are You Just Providing Them With Evidence They use to Arrest You?

The fear of arrest makes people cooperate with the police, believing that if they cooperate it'll be easier for them. You have to remember that the police are observing your body language and mannerisms while they are questioning you. When the police start asking you questions, the questions they're asking you are not really the questions they're asking you. Instead, they're looking at you, they're reading your body language, and they're trying to determine if you're telling the truth. They might ask you if sky is blue, but they really don't care if the sky is blue. They want to see how you answer their questions. It's more like a lie-detector test, so to speak, that they're giving you and then they follow up with questions that you don't suspect actually mean anything, but they do.

How Will You Know You are the Subject of a Criminal Investigation?

You are picked up and arrested. If you’re under investigation typically you don't know it until it's too late and they are arrested. Sometimes the police will reach out to you and say, “We want to talk to you about this or that,” but most of the times it's when you are arrested; either at home, or at work or driving. Quite often, what they'll do is they'll pull you over when you're driving. If you're under investigation, under surveillance, they'll usually pull you over while you're driving and then they'll take you back to search the vehicle or whatever they need to do.

Pleading Guilty: Can You Expect to Receive Mercy From Court?

Sometimes our clients say, “Hey, I did it, they got me, I'm guilty, maybe I should just throw in the towel?” We tell them not to give up because sometimes there's a technicality or there's search issues we can work around. Then, also a lot of times we can go in there and we can negotiate with the District Attorney and we can try to negotiate the charges and keep them out of jail. So we always tell clients not to give up, don't just throw in the towel. I don't think we've ever had a client just go in there and say guilty at the arraignment. We always like to go through the reports and utilize our investigators if we need to, to do some more work to investigate any victims, get statements and if there's a way to fight it we can try to fight it. There's no reason to throw in the towel.

Expecting Mercy from the Court

Is there such a thing as receiving “Mercy from the Court?” It all depends, there's federal court and then there's state court. State courts really hears so many more cases than federal courts. When you're dealing with the state court, you've got 10 or 15 even up to 20 cases before that judge every day. Many of the judges are ex-District Attorneys and some of them are ex-Public Defenders, and it seems that the ones that are ex-Public Defenders are less merciful than the District Attorneys. But you have judges that do show mercy on people. If the attorney can show why the situation should be mitigated, they will. Character Can Count towards More Favorable Treatment from the State and Federal Court.

Whenever we have clients that are facing a substantial amount of time or any time actually, we'll go in there armed with letters and references from our client's families, friends and neighbors to show that the person is actually a good person and that they did just make a mistake. In that respect, we throw them on the mercy of the court and hopefully the judge or the District Attorney listens and they do. If they deserve a second chance, they usually will get one.

In Federal Court, the Attorney Prepares Character References for His or Her Client in Writing; in State Court, the Information Is Primarily Presented Verbally. Yes they do. When it comes to federal court, it's much more thorough and intense because when you do sentencing in federal court you do have to put together a sentencing memorandum, which is basically your side of the story. This includes why your client shouldn't go to jail for as long as the prosecution wants to give them and you tell the court all the good things about the client but it's all presented in writing. A lot of times that's the difference between state court and federal court. Federal court requires everything to be in writing, whereas in state court, they don't require it.

Facing a criminal charge is an unnerving experience. A skilled criminal defense lawyer can help you navigate this difficult time by ensuring you get the best possible representation and outcome possible. If you or your loved one are facing criminal charges, you need an experienced Los Angeles criminal defense lawyer. Contact the Law Offices of William Kroger today at (313)-655-5700 for a free consultation.