Home
FAQs
What Does Intent Mean in a Criminal Statute?

What Does Intent Mean in a Criminal Statute?

What Does Intent Mean in a Criminal Statute?

When someone is charged with a crime in California, there are two big questions:

A prosecutor has to prove both the action and the intent part of any criminal statute if they want to convict you for breaking the law. If they fail to prove that you had the required intent, you must be found Not Guilty. Even if they prove beyond a shadow of a doubt that you committed the act. 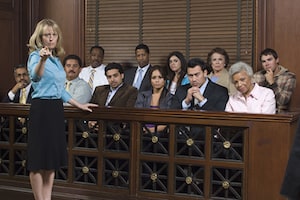 How do you convince a Brentwood jury that you didn't have the intent required by law? The best way to defend yourself is to hire an experienced criminal defense attorney who can work with you to present your best case to the jury. The Kroger Law Group's dedicated team is led by William Kroger, a veteran California trial lawyer with years of experience preparing cases for trial. Call us at 323-655-5700 or message us now to set up a free, confidential consultation.

What are the Types of Mens Rea in California Law?

Different crimes have different levels of intent. When a statute does not specify the type of intent needed, it is said to require general intent. Other types of mens rea include specific intent and criminal negligence.

Wrongful intent doesn't mean that you have to intend to break the law. Sometimes people act with good intentions. Even good intentions can be criminal intent because they show that you intended to commit the prohibited act.

Murder is the most serious category of California crime, and it has the highest level of required intent. CA Penal Code 187 defines murder as “the unlawful killing of a human being or a fetus with malice aforethought.”

"Malice aforethought" means that the defendant meant to kill the victim. It doesn't require any premeditation. Intent can be formed in an instant.

Because no one has figured out how to read minds, prosecutors can prove malice aforethought by showing the defendant took a deliberate, conscious action that is known to result in the criminal act. In a murder case, it is enough to show that the defendant acted with conscious disregard for human life.

The defendant acts willfully or intentionally when he has the explicit and conscious desire to commit a dangerous or illegal act. The consequences of the act are usually the goal of the action. This specific intent must be present at the same time as the action.

The penal code also uses the term “intent” as part of the phrase “with the intent to…” It describes the required state of mind but does not require the action to be carried out. For example, a burglary requires the defendant to enter a structure with the intent to commit grand or petty larceny or any felony.

This intent is met if a defendant is aware that her actions will have a particular criminal result and she acts anyway. Unlike with intentional acts, the defendant's goal doesn't have to be inflicting the harm.

Recklessness, reckless disregard, and willful disregard describe when the defendant makes the deliberate decision to act despite knowing about the risks of performing that action.

For example, California Vehicle Code 23103.5: Wet Reckless or Reckless Driving Involving Alcohol criminalizes unsafe driving on a highway or parking lot. The person has to have the intent to drive, but they do not have to mean for anyone to get hurt. Driving without any regard for the safety of people or property is enough to violate the statute. It is a lower standard of intent than knowing because it does not require the defendant to expect anything bad to happen.

Negligence is the lowest form of criminal intent and is met when a person fails to meet a reasonable standard of care in a particular circumstance. The most common example is child endangerment, where there is a duty of care to a child and the caretaker failed so bad in that duty that inaction becomes criminal.

Can I Just Tell the Police I did not Have Intent?

You can be charged with a crime even though you didn't have the required intent. Sometimes people think that if they tell the prosecutor or police that they did not intend what happened, that will be enough for the charges to be dropped. Unfortunately, charges are rarely dropped because someone proclaims that he is innocent. Plus, by announcing that you didn't intend what happened, you may have accidentally admitted to taking the criminal action.

You have the right to consult with an attorney before speaking to the police. Take advantage of this Constitutional right. Let a dedicated criminal defense attorney speak for you and show that you did not have the required intent to commit a crime.

It doesn't matter if you have lived in Beverly Hills your entire life or you just arrived in Culver City. Everyone has the right to have an attorney with them when questioned by the police or prosecutors. And no one can be convicted without the required mens rea or intent. Asking for an attorney is vital to help you protect your rights, even if you did nothing wrong. Calling the Kroger Law Group for help will not be used against you to show you intended to commit a crime.

How can a California Defense Attorney Argue Lack of Intent?

When an experienced criminal defense lawyer negotiates on your behalf, there is no risk that you will accidentally implicate yourself in a crime. Your lawyer will listen to you and help you figure out it testifying is the best thing for your case. And your lawyer can argue for you that you did not have the required mens rea. Some ways the Kroger Law Group can show that someone did not have the required intent are:

The Sooner You Have an Experienced California Criminal Defense Lawyer on Your Side, the Better. Contact Kroger Law Group Today.

Deciding on the best defense for you requires careful consideration of all your options and potential outcomes. The first step you can take right now: call the Kroger Law Group today at 323-655-5700 or message us to set up your free, confidential consultation.