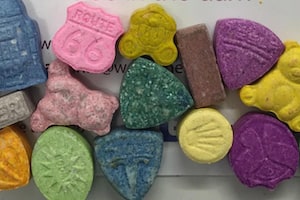 Is It a Crime to Sell Fake Drugs?

Yes, the law is very clear that selling an imitation controlled substance is a crime!

What Qualifies as an Imitation Controlled Substance?

In short, an imitation substance is one that is intended to be perceived as the real thing. It need not even have the same effect as the controlled substance it is imitating. LA criminal defense attorney William Kroger sees cases where the imitation substances themselves are filled with caffeine or are just placebos.

Is There a Difference Between Counterfeit Substances and Imitation Drugs?

On the other hand, Counterfeit drugs or substances are those that are unlawfully made in the likeness of pharmaceutical drugs with regards to their imprint, labelling, packaging, or any other identifying mark. Most commonly, it is opioids that are produced as counterfeits. Since counterfeit substances have tendency to be mass produced, punishments (especially under Federal law) tend to be much harsher.

Examples of counterfeit substances include

What Does Federal Law Say About Selling Fake or Counterfeit Drugs?

Under Federal Law, it is unlawful for any person to knowingly or intentionally:

What Are the Federal Penalties for Selling “Fake Drugs”? What Does California Law Say About Fake Drugs?

Under California Law, any person who:

…a controlled substance is guilty of a misdemeanor.

What Are the State Penalties for Selling “Fake Drugs”?

The penalties for selling imitation drugs include

Strange as it may sound, there are still criminal consequences for attempting to sell fake drugs. While the drugs may be fake, the convictions certainly aren’t.

As a known and trusted LA criminal defense attorney, William Kroger has decades of experience defending against all manner of drug related criminal charges, including charges for imitation drugs. With a long, proven track record and decades of knowledge to back him up, William Kroger and the rest of our trusted legal team here are your best shot at a successful defense.

If you are currently facing any sort of drug related criminal charge, contact us immediately at 323-655-5700 for a free consultation to discuss the details of your case. The sooner you contact us, the sooner we can begin preparing a successful defense!