While we’d all like to believe that the police are here to protect us and never do anything wrong or abuse their power, this simply isn’t the case. If the police have searched or seized you, your house, your car, or other property illegally, an experienced criminal defense attorney can file a motion to suppress in an attempt to have that evidence thrown out. While you will need an attorney’s help, it’s still a good idea to learn as much as you can about a motion to suppress so you can be involved in your case and understand what’s going on.

When Do You Raise a Motion to Suppress? 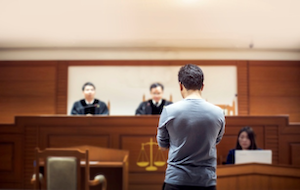 For example, if the police searched you illegally and found drugs, your lawyer can argue that the evidence should be suppressed because it was a result of an illegal search. If the only charge you’re facing is possession of a controlled substance, the case will almost certainly be dismissed if the motion to suppress is granted.

If you’re also being charged with distributing a controlled substance and the prosecutor has other evidence that could corroborate this charge, it’s possible that they would move forward in the case and try to prove all of the elements of the crime without introducing the fact that drugs were found on you.

When Is a Search or Seizure Unlawful?

In order to defend your rights, it’s important to know your rights. The following scenarios are examples of when a search or seizure is unlawful:

One of the most common scenarios that leads to a motion to suppress is when the police stop someone on the street without reasonable suspicion or probable cause, and then proceed to search them. In order to stop a pedestrian, the police must have reasonable suspicion that the individual is committing a crime or is about to commit a crime. If you’re just walking down the street and the police stopped you and searched you without reason, a motion to suppress can be filed and may be successful.

Fruit of the Poisonous Tree 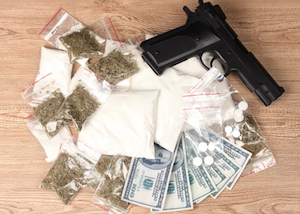 If the police stop you illegally and recover evidence, this evidence can be suppressed. Additionally, if they recover evidence after illegally stopping you based on something you say while you’re detained, this evidence will likely be considered fruit of the poisonous tree – meaning it resulted from an illegal stop, so anything that comes after that is not admissible. In this case, a motion to suppress should be filed.

Attorney William S. Kroger Has the Experience You Need

Anytime you’re stopped and searched by the police, this can be a traumatic experience. It can be even more frustrating and scary when the police are searching you unlawfully. While the police have a job to police communities and keep them safe, we as citizens and defense lawyers have a job to make sure the police aren’t abusing their power. If you’ve been stopped and searched illegally, Attorney William S. Kroger can help. He is admitted to practice in several federal jurisdictions and is capable of handling any type of criminal offense in the state of California. Attorney William S. Kroger will do everything necessary to protect you and your rights. Don’t hesitate to reach out for a free, confidential consultation. Set up a meeting by calling 323-655-5700 or by messaging us today.