If you’ve been charged with a crime in California, it’s possible for your lawyer to attempt to have some or all of the charges dismissed. A 995 motion to dismiss is brought after a preliminary hearing as a way to get charges that were held for trial thrown out. If you need help and believe you have a valid 995 motion to dismiss that should be filed, contact a lawyer right away to discuss the next step.

When to File a 995 Motion to Dismiss

Circumstances Where You Would File a 995 Motion to Dismiss

Understanding that this motion can be filed after a preliminary hearing and only when felony charges are involved is just one piece of the puzzle. Understanding what circumstances lead to this type of motion is important. The following is a non-exhaustive list of when your lawyer might decide to file this motion:

1. You Were Illegally Committed for Trial

If you were denied a substantial right during the preliminary hearing, but the hearing went forward anyway and your charges were sent for trial, a motion to dismiss could rectify this situation. Some crucial rights that may have been denied include: 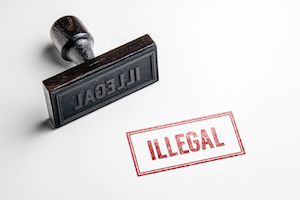 In order to send a case to trial, there must be probable cause that you committed the crime in question. This means that the allegations have to be supported by facts. It is not necessary to prove that you are guilty beyond a reasonable doubt, only that probable cause exists. If this hasn’t been established, some or all charges should be dismissed.

Any evidence that was obtained illegally should not be introduced at a preliminary hearing. If the police seized evidence or took statements from you after an illegal stop or search, your lawyer will likely file a motion to dismiss. This evidence never should have been introduced in the first place and should not be considered when determining if probable cause exists.

Another common reason to file a motion to dismiss is that there simply was not enough evidence that you committed the crime in question. At the preliminary hearing, the prosecutor must introduce facts and testimony that support every element of the crime charged. If this doesn’t occur, the case shouldn’t be sent to trial.

Attorney William S. Kroger Can Help You With a Motion to Dismiss

If you’ve already had your preliminary hearing and you believe that some or all of the charges were held for trial incorrectly and without evidence, your lawyer is permitted to file a 995 motion to dismiss. Having your charges held for trial can be a frightening event, but it doesn’t mean there’s no hope. Attorney William S. Kroger can help you file a motion to dismiss. If that isn’t successful, he will prepare to take your case to trial. Attorney William S. Kroger has been practicing criminal law for decades and will do whatever it takes to defend you and get the best outcome possible. If you were arrested or believe you will soon be facing criminal charges, don’t hesitate to reach out for a free, confidential consultation about a motion to dismiss or any other important issues related to your case. Set up a meeting by calling 323-655-5700 or by messaging us today.