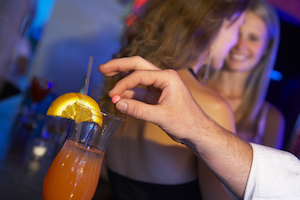 Being accused of rape is shocking and can irrevocably change your entire life. Facing a prison sentence and harsh fines is terrifying enough, but to add on to the injury many people accused of this crime lose their friends and family due to the terrible stigma that this allegation carries. Date rape makes up a large percentage of rape charges. Date rape is a term for a sex crime where the accused and the victim already have a prior relationship, such as being friends, partners, or two people with a casual sexual connection. It can even be two people on their first date.

Any type of rape accusation can have catastrophic consequences on your life, your reputation, your career, as well as your personal relationships. It can follow you for the rest of your life—in your future jobs, while renting a place to live—since you will have to register as a sex offender. If you’ve been accused of date rape, you need to start working on a strong defense strategy right away. Time is of the essence when it comes to this type of crime, as speaking with the police has very slim chances of clarifying the matter. If you or someone you love have been accused of the crime of date rape, contact the Law Offices of William Kroger at (323) 655-5700 to schedule a consultation right away.

Date rape is a tricky area of the law because the parties involved have a previous history. Date rape might sound like it is less serious than rape, but nothing could be further from the truth. The two are the same, and fall under California Penal Code 261. Date rape, like rape, is having sexual intercourse with another person against their will. This can be done through physical force, threats, violence or when the victim is unable to consent. For example, if they are too intoxicated.

In the state of California, sexual intercourse must be consensual every single time. This is true even in marriage, otherwise you risk being charged with spousal rape. And remember, consent is void if a party is under the age of 18, which is statutory rape.

Rape is a felony in California, and a prison sentence is mandatory due to a recent passing of Bill AB-2888, which prevents the court from, “granting probation or suspending the execution or imposition of a sentence if a person is convicted of rape, sodomy, penetration with a foreign object, or oral copulation if the victim was either unconscious or incapable of giving consent due to intoxication.” This law was enacted after the outrage that followed the Brock Turner rape case, where a former Stanford swimmer who was found guilty of three felony sexual assault charges was given a lenient sentence of six months in jail.

A conviction of rape can result in three, six, or eight years of prison as well as a fine of up to $10,000. It will also give you a “strike” on your record, and three strikes can result in life imprisonment under the California Three Strikes Law. Aside from prison time, one of the most detrimental punishments that comes from a rape conviction, is the fact that you will need to register as a sex offender.

Date rape often involves some level of intoxication in both parties, which is why it’s such a complex crime to prove. Memories of what exactly took place are often blurry. But under California law some things are very clear. For one, the victim does not need to resist during the act in order for a rape to have occurred. It is a common misconception for people to think that prior association between two people means there can be no charge of rape. Association does not equal consent, and therefore is not a valid defense for the charge of date rape. However, the accusation of rape typically revolves around “he said, she said” and very little evidence. Many times it can be a case of a misunderstanding. At times it can be done out of spite, in order to hurt the accused due to a breakup, cheating, or a complicated relationship between the two parties. As much as we hate to think it, false accusations do happen. This is why it’s vital to have an attorney who is going to start working on an aggressive defense strategy for you right away.

We will go over all the facts of the case and figure out if there is camera footage that can support your version of the story, if there are witnesses who can attest to your innocence, and any other important details surrounding the events in question. A seasoned attorney knows the right questions to ask and the appropriate facts to investigate and can develop a strong strategy to give you the best chance at keeping your record clean and your name off of the sex offender’s list.

If you think you don’t need a lawyer because you’re hoping the truth about your charges will come out on its own, or that your accuser will recant and you’ll be cleared of all charges, think again. Law enforcement takes accusations of any type of rape very seriously, which is why you need to begin to take steps to clear your name right away. We would urge you to stop speaking with your accuser immediately. We also recommend that you stop trying to clear your name with the police on your own, and instead speak with an experienced criminal defense attorney right away so that you don’t dig yourself into a deeper hole by making any incriminating statements.

Although date rape might have a different name than rape, the consequences of both are severe. If you or someone you love has been accused of date rape, you need legal representation. The attorneys at Kroger Law understand the complexities of rape laws in California and will work tirelessly to give you a strong defense. Contact the Law Offices of William Kroger for a free consultation at 323-655-5700.