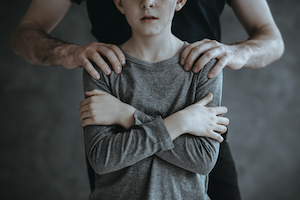 Child molestation is a very serious crime in California. A conviction for this crime can result in prison time as well as heavy fines, not to mention public stigma and having to register as a sex offender. There is a variety of different crimes that fall under the umbrella of child molestation, such as lewd or lascivious acts with a child under the age of 14, oral copulation with a minor, and annoying or molesting a child. Being accused of any child molestation crime can have severe consequences on your personal and professional life. If you’re facing a charge for the crime of child molestation, call the Law Offices of William Kroger today at 323-655-5700 to schedule a free consultation.

What Is Defined As Child Molestation Under California Law?

There are many different crimes that are considered child molestation. One of the most common ones is lewd or lascivious acts with a child under the age of 14, as described under California Penal Code Section 288 (a). A lewd or lascivious act is touching someone’s body in a sexual manner. That does not mean that it has to be on a sexual organ or even on bare skin. This happens when you purposely touch, or had a child touch you, in a lewd manner, and with the intent of sexual gratification.

Another common child molestation crime is annoying or molesting a child as described under California Penal Code 647.6. In order to be convicted of this crime the prosecution has to prove that you engaged in inappropriate contact that was motivated by sexual interest in a minor. All it takes to be accused of this offense is saying inappropriate things to a child under the age of 18, such as on an online chat forum.

Oral copulation with a minor is also illegal under California Penal Code Section 288 (a), and counts as a serious child molestation charge. Oral copulation includes any type of contact between one person’s mouth and the other person’s sexual organs.

Penalties for Child Molestation in California

The penalties for child molestation depend on the exact nature of the crime. If you’re convicted of committing a lewd or lascivious act with a child under the age of 14, you may receive a sentence of up to 8 years in prison, and up to $10,000 in fines.

If you’re convicted of committing a lewd or lascivious act with a child age of 14 or 15, you may receive a sentence of up to 3 years in prison, depending on whether the charge is a felony or misdemeanor.

If you’re convicted of annoying or molesting a child under the age of 18, you may receive a sentence of up to 3 years in prison, depending on the circumstances.

If you’re convicted of committing oral copulation on a minor, you may receive a sentence of up to 12 years in prison, depending on the age of the victim.

If you are convicted for any child molestation crime, you will also have to register as a sex offender, meaning your address will be made public and anybody will have access to see the crime you’ve been convicted of.

An experienced sex crimes attorney can help you reduce your child molestation charges or get them fully dismissed. We may be able to show that the touching was done by accident, with no intent of sexual gratification. There are also many instances of false accusations in these cases. For example, if a couple is going through a divorce, one party may use a child molestation charge as leverage for getting full custody. Many times an adult with an agenda can coach a child into fabricating details that are simply untrue in order to hurt another adult. Whatever the case, hiring a lawyer to help fight these harmful charges is the best way forward.