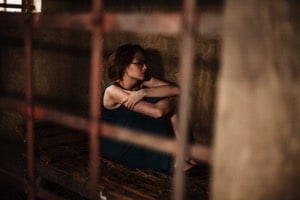 Taking away someone’s freedom in order to obtain services from them is the crime of human trafficking. A large percentage of human trafficking in Los Angeles is made up of sex trafficking that involves bringing people in from other countries to make money from them through the sale of sex. Because human trafficking carries a very negative stigma, having to defend yourself if accused can be a difficult task. The experience of a seasoned criminal defense attorney in these cases is indispensable. The laws against this crime are particularly strict, and after the passing of Proposition 35 and “Californians Against Sexual Exploitation Act” they are even stricter. If you’ve been accused of human trafficking give the Law Offices of William Kroger a call at (323) 655-5700 to speak with one of our attorneys about your case.

What is Human Trafficking?

Under California Law Human Trafficking is broken down into three sections. You can be convicted of human trafficking if you’re guilty of any of these:

The common component is the denial of personal liberty. There are many examples of human trafficking. Hiring an illegal immigrant and not paying them adequate wages and threatening them with deportation if they quit, is one example. Many times human trafficking involves prostitution, and a wider network of people who are guilty of running these human trafficking rings.

There is a number of people that can be arrested in a human trafficking ring bust. Anyone from recruiters, sponsors, to those arranging for travel. Some people involved may not even be aware that they’re participating in human trafficking.

Penalties for Human Trafficking in California

There are different type of defenses to the charge of human trafficking, and an experienced criminal attorney can help you build the strongest possible defense. For example, a defense built on the fact that you are actually innocent or that the case is built upon a false allegation. It may be that you were wrongly accused by a spurned past employee who had a personal motive against you. Whatever the case, getting the help of an experienced criminal defense attorney is the best next step.

Human trafficking is one of the most serious crimes you can face in the state of California, and a conviction involves serious prison time. It’s imperative that you seek an attorney who can help you. If you’ve been arrested in Los Angeles for human trafficking charges, call our office at (323) 655-5700 to schedule a free consultation.