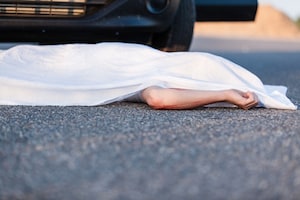 When it comes to the unlawful killing of another person, the crime of murder is what comes to mind immediately for most people. However, not every case involving a death qualifies as murder. In cases where a killing was unlawful but lacked any malice, the appropriate charge is manslaughter. If you or a loved one has been charged with manslaughter in L.A. County, contact experienced Hollywood criminal defense attorney William Kroger immediately.

California Penal Code § 192 defines manslaughter as the unlawful killing of a human being without malice. In most cases, a charge of manslaughter is considered a felony under California law. There are three different classifications for manslaughter in Hollywood, CA.

According to California Penal Code § 192(a), voluntary manslaughter is the killing of another human being:

Sudden Quarrel or Heat of Passion

Killing another person in a sudden quarrel or during a heat of passion inherently means the killing wasn't intentional or pre-meditated. This charge is a lesser offense than murder, which reflects Hollywood's desire for lesser consequences in these circumstances than in a murder case. Killing another person during a sudden quarrel or in the heat of passion means:

Hollywood law does not have a set standard for what constitutes provocation sufficient for manslaughter charges to apply, but it must not be a slight provocation.

Involuntary manslaughter is defined by California Penal Code § 192(b) as a killing:

In other words, you will be found guilty of involuntary manslaughter if you caused another person's death when committing a criminal act with “criminal negligence” or during the commission of a crime other than a felony that is not an inherently dangerous felony.

The statute explicitly excludes any acts committed while driving; this is because those acts fall under California's vehicular manslaughter law.

Vehicular manslaughter doesn't apply to every case in which a driver caused the death of another person. For example, if during the commission of a felony you kill another person while driving you can be charged with felony murder.

Manslaughter vs. Murder in Hollywood, CA

In Hollywood, an unlawful killing of another person is not automatically considered murder. While both crimes involve an unlawful killing, the major difference between the two is whether malice aforethought was present. For a killing to be considered a murder, the defendant must have acted with malice. Malice is also described as the intent to kill or seriously injure. Manslaughter, on the other hand, is any killing that lacked malice aforethought.

Potential Penalties for a Manslaughter Conviction in California

Whether a conviction for manslaughter is charged as a felony or a misdemeanor depends on the type of misdemeanor and the amount of negligence you exhibited. The potential penalties for each conviction are harsh, and all three can count as a “strike” in California's “three strikes” law. The potential penalties for each type of manslaughter are as follows:

A charge of voluntary manslaughter is always a felony in Hollywood, California. A conviction carries a prison sentence of three, six, or eleven years in California state prison. Additionally, you could face a maximum fine of $10,000, community service, and court-ordered counseling.

The amount of jail time you face for a vehicular manslaughter conviction can vary greatly. The most important factor is whether or not the court believed you were grossly negligent or not. If you are found to have acted with gross negligence, a conviction of vehicular manslaughter is a “wobbler.” In Hollywood & in many other LA cities,, a wobbler is any criminal charge that be brought as a misdemeanor or a felony at the prosecutor's discretion. However, if you acted with ordinary negligence you will automatically face misdemeanor charges.

For a misdemeanor vehicular manslaughter conviction, the maximum penalty is one year in county jail. For a felony conviction, you will face a maximum of six years in state prison.

Self Defense / Defense of Others

Keep in mind that for a manslaughter charge to be appropriate, the killing in question must be unlawful. In other words, if a killing is legally justified a manslaughter charge is not appropriate. One potential defense that includes a lawful justification for killing another person is the defense of self or others. You may be able to raise self-defense if you had a reasonable fear that you or another person were in imminent risk of being killed, suffering great bodily harm, or being raped, maimed, or robbed. This defense hinges on whether it was reasonable to believe that self-defense was necessary. If your belief was irrational, you might be convicted of manslaughter.

The insanity defense is not common, but it is still a valid defense that is used in California courtrooms. An insanity defense is based upon the idea that you weren't capable of understanding that the killing was wrong. If insanity is raised as a defense, the court must determine if it is valid by examining:

A strong defense in many criminal cases is the exclusion of evidence collected through police misconduct. Law enforcement is not entitled to simply pull over any car they wish or search any home the feel like. You are protected from unreasonable searches and seizures, and any evidence collected during such an illegal search cannot be used against you at trial. It will be up to your defense attorney to make an appropriate motion to the court to have any evidence collected illegally excluded from your trial. This can be anything from physical evidence discovered in your home to incriminating statements you made after being illegally detained. Attorney William Kroger has extensive experience defending clients on constitutional grounds and challenging the results of illegal searches or seizures in court.

Sometimes the police or a witness just makes a mistake. There is no defense as straight-forward as simply arguing it wasn't you that committed a crime. It could be possible that you were falsely accused by a witness with a grudge, or that law enforcement jumped to conclusions about your involvement. It will be up to your criminal defense attorney to show a jury of your peers you did nothing wrong.

If you or a loved one has been charged with manslaughter in L.A. County, William Kroger Attorney at Law can help. William Kroger has spent his entire legal career defending the accused. Contact William Kroger today for your free consultation.