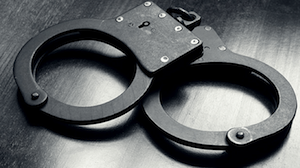 For those who currently have an immigrant status in the United States, criminal charges can come with severe consequences, including deportation. Under federal law, convictions of certain types of crimes can make a foreign national deportable.

Under the Immigration and Nationality act of 1965, there are several types of criminal charges that can result in deportation and other immigration consequences, including but not limited to:

However, if you are currently facing any charges that could affect your immigration status here in LA, you should contact us immediately at 323-655-5700 for a free consultation to discuss your case.

William Kroger has been a top LA criminal defense attorney for decades and has experience fighting all manner of criminal charges.

What Criminal Charges can Affect My Immigration Status in LA?

Under 8 USC §1227 (2), these are the crimes which can result in deportation for an immigrant in the United States:

What is a Crime of Moral Turpitude?

The term “moral turpitude” does not have a legal definition, technically speaking. However, in Navarro-Lopez v. Gonzalez, the 9th circuit federal court of appeals identified crimes of moral turpitude as “crimes that involve either fraud or base, vile, and depraved conduct that shocks the public conscience.”

This includes a broad range of crimes, including but not limited to:

Most crimes of moral turpitude are already outlined in the chart above, but since the definition is not concrete, there may be others which could also be considered crimes of “moral turpitude.”

What is an Aggravated Felony?

The term “aggravated felony” shows up often when discussing criminal charges and immigration status, but it’s not as simple as it sounds. For the purposes of immigration law, an aggravated felony does not have to be either aggravated or a felony, at least not the typical way those words are used in normal criminal law.

In immigration law, an aggravated felony is any crime which the U.S. Congress has listed in USC 8 §1101(a)(43), and includes but is not limited to:

Does a Misdemeanor Charge Still Affect My Immigration Status?

California classifies criminal charges into various categories: Felonies, Misdemeanors, and Infractions (in descending order of severity). However, for those in the country with an immigration status, it can depend on much more than just the severity of the charge.

However, that does not mean there are not legal strategies which can be used to help keep misdemeanors of those sorts from affecting your immigration status.

Criminal Charges and Immigration Status: How We Can Help

Even seemingly minor criminal charges can have major impacts on a person’s quality of life and their immigration status here in the states, and we understand just how devastating a sudden change in status can be to someone and their family.

With decades of experience as criminal defense lawyer in LA and a proven track record, William Kroger and the rest of our legal team are your best option for a successful defense. William is a known and trusted presence in the LA criminal defense system, and he, along with the rest of our legal team here, will work hard to ensure you have the best chance at a successful trial.

If you are currently facing any criminal charges which you believe may affect your immigration status, contact us immediately at 323-655-5700, or right here online, for a free consultation to review the details of your case. The sooner you get in touch, the sooner we can begin preparing your defense.