Child endangerment is illegal in Compton, California. However, there are several nuances to the law that can cause confusion if you have been accused of endangering a child. Additionally, the penalties of a conviction depend on the circumstances of your case, rising precipitously if the alleged endangerment carried a risk of great bodily harm or death to the child. 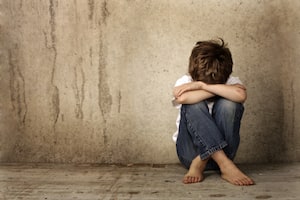 William Kroger is a Compton criminal defense attorney who can represent you in court if you have been accused of endangering a child. With his help, you can invoke your rights, protect your interests, and prevent this groundless charge from impacting your future.

What is Child Endangerment in Compton?

Under California Penal Code 273a, child endangerment involves willfully causing or permitting a child to be exposed to physical pain or mental suffering that is unjustifiable or endangering a child's health.

This is a broadly-written statute because it touches on both active actions and passive conduct. However, prosecutors still need to show several elements beyond a reasonable doubt to secure a conviction.

Required Conduct for a Child Endangerment Conviction in Compton

First, prosecutors need to show that a child was endangered. This requires proof that one of the following happened:

When the endangerment charge stems from a dangerous situation that was permitted to happen, rather than something that was actively done, the prosecutor also needs to show that you were acting with at least criminal negligence when the endangerment occurred. This goes beyond just a lapse of judgment: Criminal negligence involves carelessness that is so extreme that it shows an indifference towards human life and is something that no reasonable person would do.

This falls short of intentional conduct, but does involve an element of purpose – you can act willfully if you purposely caused a situation that could lead to harm to a child.

Finally, prosecutors need to show that whatever physical pain or mental suffering that the child suffered was not justified. This presents an opportunity to defend against a charge of child endangerment by showing that the pain or suffering was not excessive, or was reasonably necessary to discipline or even to protect the child.

Penalties for Child Endangerment in Compton

If you have been accused of child endangerment in California, the penalties that will be on the table will depend on whether the child was put at risk of death or great bodily harm.

If there was no risk of death or great bodily harm, then child endangerment is a misdemeanor offense that carries up to six months in jail and a fine of up to $1,000.

Worse, if the child actually suffered great bodily harm or died in the incident, then there can be an enhanced sentence of between three and six more years in jail.

Just because you have been accused of child endangerment, though, does not mean that you actually did it. Prosecutors still have to amass evidence to prove that the charges are correct. Until a jury finds, beyond a reasonable doubt, that you committed the crime, you cannot be penalized.

There are defenses that you can raise to a charge of child endangerment to prevent a charge from becoming a conviction.

Child endangerment requires willful or criminally negligent conduct. A common defense to a charge of child endangerment, therefore, is that the incident was just the result of an accident. Importantly, this is not a defense that you need to prove – it is a defense that only has to inject a reasonable doubt into the prosecutor's case that you acted willfully or with criminal negligence.

Another important part of the prosecutor's case is showing that the endangerment or pain was unjustified. If you are the child's parent and have been accused of child endangerment, claiming that the pain that you were inflicting on your child was to discipline them for a wrongdoing can be an effective defense. Parents in California, after all, have a right to discipline their children with physical punishment, so long as it is reasonable, without facing criminal charges for doing it.

False Accusations of Endangerment in Compton

Finally, there are several important circumstances where you could face a false accusation of endangerment.

One is when children initiate the charges by calling the police to get revenge on a parent that they think treated them unfairly.

Another one is when the child's temporary caretaker sends a tip to police that accuses a parent of child endangerment in order to cover up their own poor conduct.

Finally, divorcing parents have been known to claim that their spouse has committed child endangerment in order to gain the upper hand in the divorce proceedings and be awarded more child custody.

Defending against a charge of child endangerment is essential for protecting your future and your reputation in Compton, California. Criminal defense attorney William Kroger can help if you have been accused of endangerment in or near Los Angeles as well as Compton. Contact him online or call his law office at 323-655-5700.