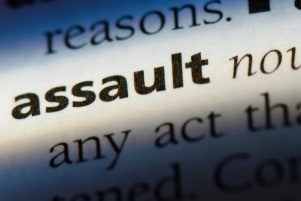 Contrary to popular belief, assault and battery are technically two different crimes in the state of California as well as Long Beach. While they usually come together, there are important differences that make each offense unique. These differences present opportunities for defending against a charge of assault or battery.

William Kroger is a Long Beach criminal defense attorney in Los Angeles whose legal representation can help you defend against a charge of assault, a charge for a battery, or both.

Based on this description of assault, there are three important elements that bear an explanation.

What constitutes contact that is harmful or offensive is a far cry from the “violent injury” language that is used in the statute. Now, any contact, so long as it could cause pain, an injury, or offend a reasonable person, can be the grounds for a criminal charge of assault. An important note, though, is the fact that the contact would have to offend a reasonable person, not someone with peculiar tastes or a prickly personality who can get offended by anything.

Imminence of Harm in Long Beach

One of the most important aspects of the crime of assault is the imminence of the harmful or offensive contact. The statute requires there to be a present ability to commit a violent injury. A remote possibility of harm, or potential harm in the future, is not enough for an assault charge to proceed very far.

Scope of Ability in Long Beach

The statute also requires a present ability to cause harmful or offensive contact. In some cases, people who have been accused of assault had no power to perform the contact they are being accused of attempting. For example, while throwing a snowball at someone could constitute assault, not even Mike Trout could be convicted of assault if the snowball was being thrown from 300 yards away because no one has the ability to cause the necessary contact.

Battery, on the other hand, is prohibited by California Penal Code 242. This statute describes a battery as “any willful and unlawful use of force or violence upon the person of another.” Like with assault, though, the phrase “force or violence” has been become merely “harmful or offensive contact.”

Difference Between Assault and Battery in Long Beach

Essentially, an assault is just an attempted battery, while a battery is a completed assault. In other words, while battery is the actual contact, assault is the attempt to create that contact. This is why, despite assault and battery being separate offenses from different parts of the California Penal Code, they are so often charged together.

It is also why there are some interesting applications of assault and battery law in unique situations.

One strange, but very possible, outcome of an assault and battery circumstance is when someone tries battering one person, but ends up hitting someone else.

For example, imagine someone wants to punch Person A. They cock their fist and begin to bring it forward. At this instant in time, there has been an assault but no battery. However, Person A ducks and avoids the punch, which then hits Person B.

In this case, the intent that is necessary to commit battery transfers to Person B, making Person B the victim of a battery. However, because the harmful or offensive contact was originally aimed at Person A, Person A has suffered an assault in spite of the fact that they left unscathed.

Similarly, attempting to commit a battery but failing can lead to assault charges, but no charge for battery. Throwing a rock at someone can become a battery because the rock would cause a harmful or offensive contact. However, if the rock misses and no contact is made, there cannot be a battery. There can still, however, be an assault.

These penalties, though, are just a baseline. Aggravating factors can enhance the sentence that a conviction creates.

One of these aggravating factors that can add to the penalty of a conviction for battery is if the complainant suffered a serious bodily injury in the altercation. Often referred to as an aggravated battery, this offense is prohibited by California Penal Code 243(d). The “serious bodily injury” that is necessary to turn a charge of battery into a charge of aggravated battery is anything that causes a serious physical impairment or medical condition, like a broken bone.

Aggravated batteries are “wobblers” in California – prosecutors can pursue misdemeanor or felony charges for an offense. If pursued as a misdemeanor, the maximum jail term is one year. However, if prosecutors decide to pursue an aggravated battery charge as a felony, a conviction could carry up to four years in jail.

Penalties for Classes of Complainants in Long Beach

If the person who was assaulted or battered falls into a class of people protected by the law, the penalties of a conviction for assault and battery increase, as well.

If the victim was a peace officer – including a police officer, firefighter, security guard, or even a lifeguard – the maximum jail time for a conviction of battery increases to one year if there was no injury suffered in the altercation. If there was an injury, though, prosecutors can elect to pursue felony charges that come with up to three years in jail for a conviction.

If the victim is family or household member – a class of people that includes your spouse, cohabitant, significant other, or the father or mother of your child – the charge becomes one of domestic battery. A conviction for domestic battery is still a misdemeanor, but the potential jail time increases to one year, rather than six months. Additionally, there are likely to be other collateral consequences because the offense becomes a crime of domestic violence.

Defending Against Accusations of Assault and Battery in Long Beach

A criminal accusation of either assault or battery is a serious issue. However, just because you have been accused of committing an assault or battery does not mean that it is the end of the story. The prosecutor has to prove their case against you and has to prove it beyond a reasonable doubt. Creating those doubts can doom their case while showing that the assault and battery were justifiable can successfully defend against the charges you are facing.

In some situations, arguing that you were defending yourself or others can be an effective rebuttal to a charge of assault and battery. If you reasonably believed that someone was about to suffer an imminent battery, that the only way to prevent it from happening was to commit a battery of your own, and then acted with no more force than was reasonably necessary to stop the offense, you can claim self-defense.

You Have Been Accused for an Ulterior Motive

Assault and battery charges are often filed by people who know they were not victimized, but who have a reason for getting you into legal trouble. For example, divorce cases can cause assault allegations by nefarious spouses who want to taint their partner's reputation while they seek better custody arrangements. Bringing out the context and showing that there was an ulterior motive to the charges you are facing can raise reasonable doubts about the alleged crime.

Both assault and battery are intentional acts in Long Beach. Accidental conduct does not amount to the culpability that the laws prohibit, so showing that the contact was not intentional can be an effective defense.

Right to Discipline a Child in Long Beach

When the allegations stem from harmful or offensive contact against their child, a parent can defend against the charge by showing that they were exercising their right to discipline their offspring. So long as the physical force that was used was not excessive or unreasonable, this can lead to the charges being dropped, or to an acquittal at trial.

William Kroger is a criminal defense lawyer in Long Beach who has legally represented countless people in the area who have been accused of assault, battery, or both. With his help, you can fight against a serious accusation by raising reasonable doubts in the prosecutor's case, or by showing the incident was justified.

Because the costs of a conviction are steep, getting a Long Beach criminal defense attorney like William Kroger on your side is hugely important. Contact him online or call his Los Angeles law office at 323-655-5700.