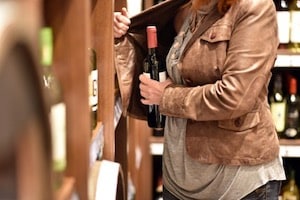 A very common offense prosecuted in California is petty theft, which a lot of the time is simply shoplifting. In California, any stolen goods that are worth $950 or under, and are not taken directly from the owner (such as their clothing or body) fall under the branch of petty theft. Similarly, anything over $950 is considered grand theft. If you are facing petty theft charges in Los Angeles County, contact a Los Angeles petty theft attorney right away.

On the scale of theft crimes, petty theft falls as one of the least serious crimes due to the small value of the stolen items and it being a non-violent crime. However, it can still cost you great legal consequences, which is why it’s important to have an attorney representing you.

If you’ve been charged with petty theft, call the Law Offices of William Kroger for a free consultation at 323-655-5700. You want to avoid having a criminal record or spending time in jail. Let us help you avoid criminal prosecution.

What is Petty Theft?

One of the most common offenses that can be charged as petty theft is shoplifting. Shoplifting is so often caught because stores have invested a great amount of money into monitoring their inventory. Businesses like Nordstrom and Macy’s, where a great deal of shoplifting in Los Angeles occurs, have in-store security and cameras in order to catch shoplifting perpetrators.

Petty theft, such as shoplifting, is a misdemeanor crime that can be punishable with up to six months in jail, three years probation and a maximum fine of $1,000. If you’ve been charged with the crime of petty theft, contact a petty theft attorney serving Los Angeles today.

In order to prove shoplifting charges, prosecutors have to prove that the accused committed the theft, that the value of the goods stolen was less than $950, that the crime took place during business hours and that the accused entered the premises with the intent to take the goods.

But there are also other forms of petty theft. A person can be accused of petty theft, as defined in California Penal Codes Section 484(a) & 488 PC, if they take property valued at less than $950 through any of the following:

In essence, larceny is theft, but it has a more narrow definition. Larceny usually refers to the taking of personal property belonging to another, and permanently depriving the owner of the use of the property, whereas theft is a more encompassing definition that includes identity theft, fraud, and other less tangible things. Petty theft by larceny happens when a person takes property that is less than $950 from another person.

Petty theft by embezzlement occurs when you take property that has been entrusted to you—valued at less than $950—and you abuse your authority by trying to use the property for your own gain. For example, taking an office checkbook meant for office purchases and using it for your own purchases.

Petty theft by fraud happens when you lie in order to have someone give you their property. The owner did not intend to give you the property, but did so due to false information.

Petty theft by trick happens when you lie in order to gain ownership of property for a prolonged or permanent period of time, which the owner believes you will only have temporarily. For example, if a person’s vacuum breaks and their neighbor promises to fix it for free, but never returns the vacuum.

There are many ways to defend yourself against the charge of petty theft. The most common ones are:

Since Proposition 47 was passed, the charges against shoplifters have lessened. Before 2014, being charged with petty theft meant you could be facing a felony charge. With the passing of Prop 47 non-serious and nonviolent crimes for people with no prior convictions are charged as misdemeanors.

If you’ve been charged with the crime of petty theft, contact a Los Angeles petty theft attorney today. It’s important to start working on building a strong defense for your case. Don’t wait, let the attorneys at Kroger Law Group help you. Call us at 323-655-5700.