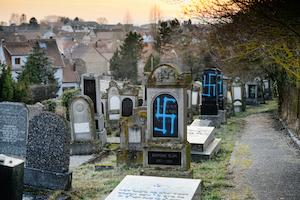 A hate crime is a criminal act committed against someone due to their religion, race, gender, sexual orientation, ethnicity or disability. It can be anything from a threat, stalking or vandalism all the way to assault and murder. Crimes motivated by bigotry are taken very seriously by law enforcement and are punished more severely than similar crimes that are not motivated by bias. A misdemeanor can quickly turn into a felony if an element of bias is involved. If you are facing a charge for a hate crime, we can help. Contact the Law Offices of William Kroger and speak with one of our attorneys at 323-655-5700.

Under California Penal Code 422.55 PC a hate crime is defined as a criminal act motivated by the victim’s

You can be charged with committing a hate crime even if the victim didn’t in fact have any of these characteristics, as long as the time of the crime you believed that they did. For example, you see two men stand close to each other at a store and you assume they are gay. You proceed to get into a physical altercation with them while calling them anti-gay slurs. If it turns out that the two men are not actually gay but just friends, you can still be charged with a hate crime because you perceived them to be gay and that’s what prompted the assault.

Prosecutors will often look to support their claim by showing evidence that the defendant participated in previous activities that prove his/her bias. For example, if they have been arrested for defacing a synagogue with anti-Semitic slurs, or if they possess Nazi books or symbols.

But it’s important to keep in mind that not every crime that involves a racial minority or, for example a Muslim person is a hate crime. It must be proven beyond a reasonable doubt that the crime took place because of the victim’s race, sexual orientation or any of the other categories listed under Penal Code 422.55 PC.

A misdemeanor conviction for a hate crime can cost you up to one year in county jail, and up to $5,000 in fines.

A felony conviction can result in up to three years in prison, and up to $10,000 in fines.

It’s not easy for a prosecutor to prove a hate crime, because crimes occur for a variety of reasons. And there are numerous defenses to the charge of a hate crime. One example is lack of bias.

A common defense to hate crimes is to show that the crime was not actually motivated by the person’s race, sexual orientation, gender or otherwise. Being involved in a criminal situation where the victim is of a different race doesn’t automatically make it a hate crime. Oftentimes there is a public outcry to add on the hate crime component to cases involving victims of certain social groups. But if your crime was not motivated by bias, then it doesn’t warrant the hate crime enhancement.

Another important factor is that speech alone is not a crime and the right to free speech is fiercely protected under the First Amendment. In order for your speech to add up to a hate crime it has to contain a threat of violence and you have to be able to carry it out.

An experienced criminal attorney can help you with your charge. Perhaps we can even prove that you didn’t commit a crime in the first place. Or we can work on reducing the charges. Whatever the case, you’ll be better of with legal representation.

America is a melting pot of cultures, and any attack on a protected class is taken very seriously. Hate crimes arouse a lot of public emotion, and therefore are prosecuted harshly by the authorities. A hate crime case may attract a great deal of media attention, and make it more difficult for you to receive a fair trial. An accusation of a hate crime can cost you your job, as well as future career opportunities, your freedom and a steep monetary fine.

The consequences of being convicted of a hate crime are too great to not hire an experienced lawyer. If you or someone you love have been charged with any type of hate crime, contact the Law Offices of William Kroger for a free consultation at 323-655-5700 right away.