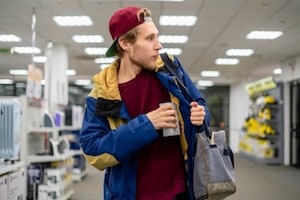 While some people believe that theft is not a serious crime since it typically doesn’t involve causing physical harm to others, California authorities still pursue theft crimes quite aggressively. Being charged with theft in California is serious, especially if the charge falls under the grand theft category, which can land you in prison for years. While petty theft consists of the unlawful taking of property valued at $950 or under, grand theft is taking property valued over $950. Because the amount is higher, grand theft tends to be far more serious than petty theft. If you’ve been accused of grand theft in Los Angeles County, contact a Los Angeles grand theft attorney right away.

Grand theft can be charged as either a misdemeanor or a felony, depending on the circumstances. If you are charged with a grand theft misdemeanor, the penalty is up to one year in county jail and a fine of up to $1,000. If you are convicted of a felony grand theft, you are facing a sentence up to three years of state prison and a maximum $10,000 fine. The court can also add on to the sentence if the loss is over $65,000.

In order to avoid the long lasting turmoil that a grand theft conviction will have on your life, you should contact an experienced Los Angeles grand theft attorney right away. Do not try to deal with it on your own, we have extensive experience handling grand theft charges and can help guide you through this difficult time. Call the Law Offices of William Kroger today for a free consultation at 323-655-5700.

What is Grand Theft in California?

Under California Penal Code Section 487(a) PC grand theft is defined as the illegal or unlawful taking of another person's property which is valued in excess of $950. Grand theft is typically charged as either a misdemeanor or a felony. The charge usually depends on factors such as criminal history, value of the item, the way in which the item was taken (for example: was a weapon used?) Whether the charge is a misdemeanor or a felony, if you are facing grand theft charges in Los Angeles County you should contact a grand theft attorney serving Los Angeles right away.

There are three types of grand theft in California:

Grand theft is usually marked by the value of the property exceeding $950, but at certain times the value is not considered. For example, prosecutors usually charge any of the below as grand theft:

Defenses Against Grand Theft in California

The most common defenses against grand theft in California are:

In order to fight against a grand theft charge in Los Angeles, contact a grand theft attorney serving Los Angeles as soon as possible. It’s important to have an attorney who is experienced and can provide you with the best defense.

Kroger Law Group has years of extensive experience in criminal defense and a proven track record of getting their clients the best possible results. If you or a loved one are facing grand theft charges in Los Angeles County, contact a Los Angeles grand theft attorney right away.

In Los Angeles, grand theft is serious enough to warrant a felony charge most of the time. Having the right attorney can make a huge difference in your case. Call the Law Offices of William Kroger for a free consultation at 323-655-5700.