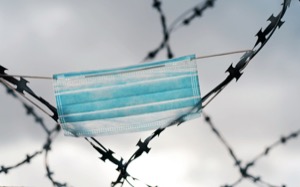 Amidst the COVID-19 pandemic, prisons and jails have been under pressure to protect inmate safety. General William Barr has called on officials running prisons to utilize early release policies in order to help halt the spread of this infectious disease. That means qualified prisoners who are most vulnerable to the virus, due to age or medical conditions, would be able to finish off their sentence from home.

Almost every state already has compassionate release programs for prisoners who are:

However, the statistics show that very few inmates are released this way. The standards for eligibility are strict and there are multiple reviews necessary in order to be approved.

The implementation of General Barr’s call for increased compassionate releases amid COVID-19 has not gone smoothly so far. Prisons have argued that they their conditions are not that dangerous and they have the facilities required to handle the outbreaks, so they have been reluctant to allow more compassionate releases. However, judges have begun loosening the typically strict requirements and looking at compassionate release pleas from those who would not usually qualify.

According to the Federal Bureau of Prisons, they are currently prioritizing:

Fortunately for inmates in California, Governor Gavin Newsom announced in March that 3,500 nonviolent inmates would be released in order to reduce prison populations and slow the spread of the disease. This would be the largest release in any state. However, prisoners who are serving time for the following charges are not eligible for early release:

Overall, compassionate release is in the best interest of everyone at the moment. Prisons notoriously suffer from basic hygiene issues due to a few reasons:

If a prison with a large population has a major outbreak of COVID-19, then it would only overload the state’s medical system even more.

The move to release prisoners early is not only beneficial to inmates but to those who work at these facilities as well. The California Department of Corrections and Rehabilitation stated on their website that as of August 21st, 2020 there are:

The United States has one of the highest rates of incarceration in the entire world, and a prison or jail cell is the last place anyone wants to find him or herself in during a pandemic. A correctional facility is a place where inmates have to share cells, showers, and dining areas—a perfect situation for an infectious disease like COVID-19 to spread.

There is no reasonable ability to successfully execute social distancing under such conditions, and inmates who are eligible should not have to risk their lives when they can successfully and safely finish their sentence at home.