The criminal court located in Burbank, CA adjudicates thousands of cases each year. The court is open from 8:30am to 4:30pm Monday through Friday and is located at 300 East Olive Ave Burbank, CA 91502.

The average crime rate in Burbank is 30.52 per 1,000 residents per year. Although, the crime rate in Burbank has dropped in recent years the City of Burbank’s crime rate is still about 10% higher than the national average. As Burbank Police officers aim to reduce crime they are often actively looking for people to arrest. This type of police activity can lead to mistaken identities, trumped up charges and false arrests.

Every misdemeanor committed in the city of Burbank is charged and adjudicated in this court. The Burbank City Attorney’s Office is the agency tasked with prosecuting misdemeanor offenses in Burbank. The City Attorney’s Office prosecutes violations of city ordinances, DUI’s, prostitution, domestic violence, and shoplifting among many others. Felonies committed in and around Burbank are also resolved in the Burbank Criminal Court. Felony cases are prosecuted by the Los Angeles County Attorney’s office. Each court and prosecution agency is unique and has a unique way of administering justice. If you’re charged with a crime in Burbank, it’s important to hire a criminal defense attorney with experience in Burbank.

When someone is suspected of committing a crime the police have two options, to arrest the person or submit charging documents that will require the person to return to court on a future date. Most people who are arrested by the Burbank Police Department are taken to the Burbank City Jail. The Burbank City Jail is located at 200 N. 3rd Street, Burbank, CA 91502.

After arrest, defendants wait in jail until they are arraigned in front of a Judge who will set release conditions. If a release order is not issued at the arraignment the defendant will be transferred to a Los Angeles County Jail. It is important to call an attorney right away to increase the likelihood of being released as soon as possible. 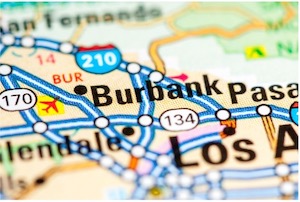 Misdemeanors have lasting consequences on a person’s life. A misdemeanor conviction can result in hefty fines or jail time. The maximum sentence for a misdemeanor offense in California is one year. Beyond the initial consequences, a criminal record can prevent a person from obtaining jobs or housing. If you’ve been charged with a misdemeanor in Burbank you’ll need to speak to an experienced criminal defense lawyer to find out what the possible consequences are.

The criminal justice system is complicated and confusing. You should never attempt to represent yourself. If you or someone you know is being charged with a crime in Burbank, CA call our office to review the details of your case.

The sooner you hire an attorney the sooner we can start strategizing the best defense for your case. William Kroger is well known and respected by the Judges and Prosecutors in Burbank and has the experience to obtain the best possible outcome in your case.